Big M loves Legos!  He jumped all over the house when I suggested he could have a Lego Party for his 6th birthday.  Searching the web for Lego Party ideas was so much fun. I found so many great ideas but they were all so complicated. For us simple is better. Would you agree? Easy Lego party games, easy goodie bags and of course easy decorations!

I have been using Evites for years.  They are so easy to send out, and because people can RSVP immediately online they actually do!  I like the option to upload my own pics and for this one we used a Lego number. 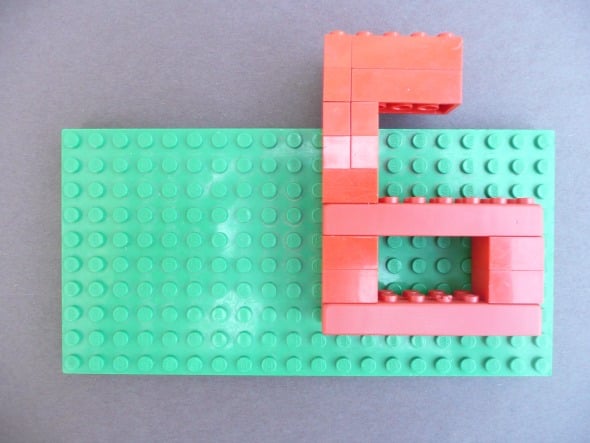 I asked Big M to build a number 6.  I was impressed with his creation (I usually am)!  Then I set the 6 on a large green Lego piece and set them both on black construction paper.  All that was left was to upload the picture into the Evite. 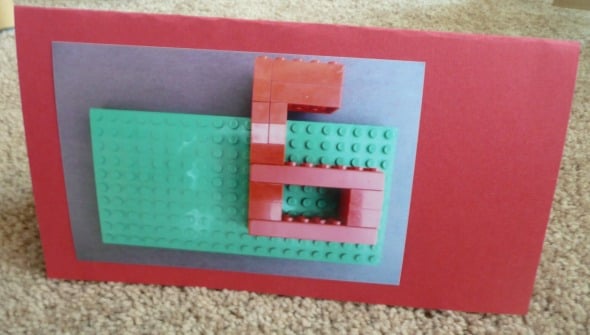 I didn’t have an email address for some of the guests (can’t send an Evite, with no email address), so I used the same pictures to make a few cards.  I folded a red piece of construction paper in half and glued the picture on.  Then I simply added the party details to the inside.  Cute, simple and cheap…love that combo!

The party was at a local park, so I didn’t need too many decorations.  A few special details made the party feel perfectly LEGO. 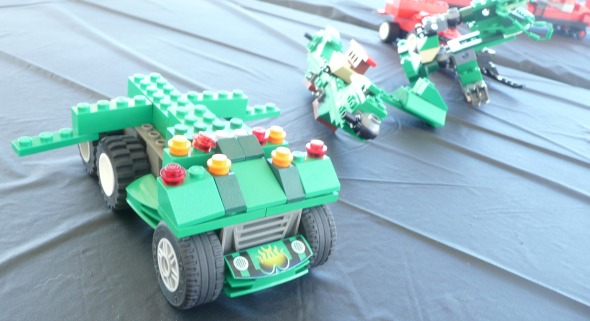 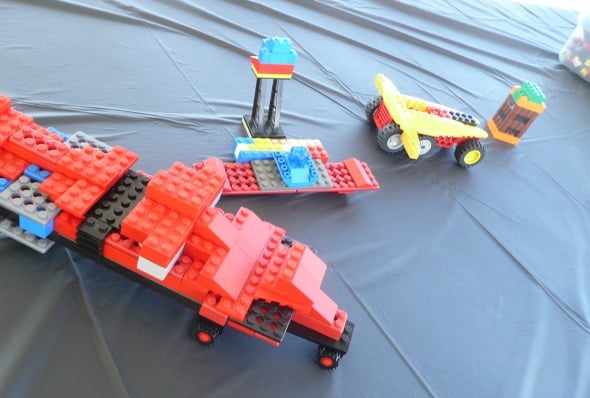 A couple of weeks before the party I asked Big M to save his Lego creations, instead of taking them apart.  When we got to the park I asked him to display his work.  They made the perfect center pieces. 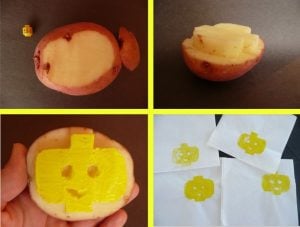 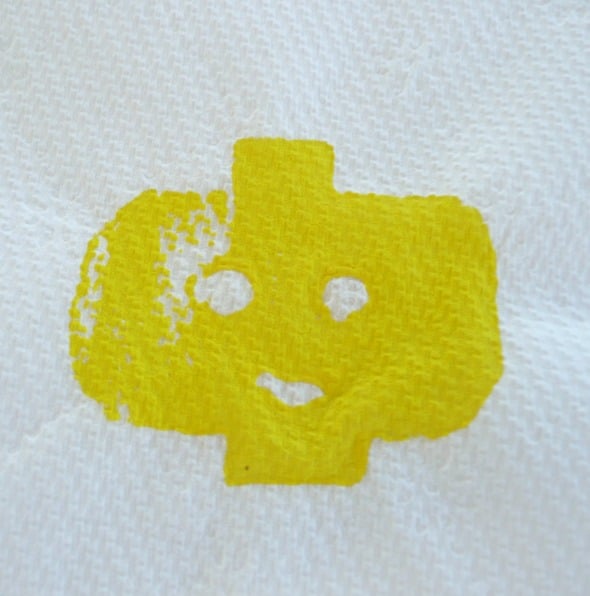 After using a potato to stamp hearts on the Letter H it became one of my favorite decorating methods.  The Lego Head stamp was so easy.  I used an actual Lego Head as a model.  Then with a sharp, small knife (I used a steak knife) I started forming the shape.  I think the most important thing is to make sure that the cut is deep so that the extra potato won’t get in the way when you are stamping.  I brushed a little yellow paint onto the potato stamp and then pressed it onto some plain white napkins.  SIMPLE!

This post is a part of the Lego Party lesson plan.