For Big M’s Lego party we were looking for something specific for the games.  There were about 10 kids that would participate with ages ranging from 1-11.  I really want ALL of the kids to be able to play.

I placed two empty buckets on one end of the relay and two buckets (full of Lego’s) near the crowd of kids.  I divided the kids (as evenly as  possible) into two teams.  The rules?  Take turns filling your teams empty bucket! 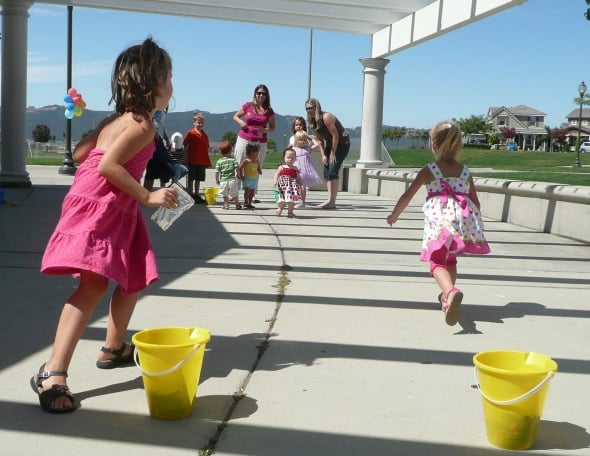 Everyone cheered for their team! 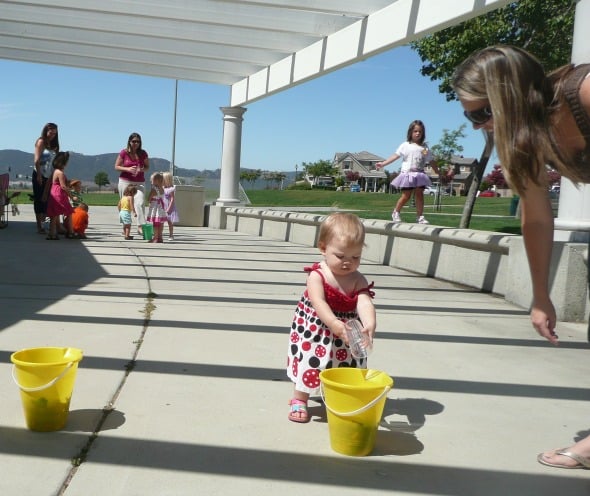 Even some of the Moms got in on the action! 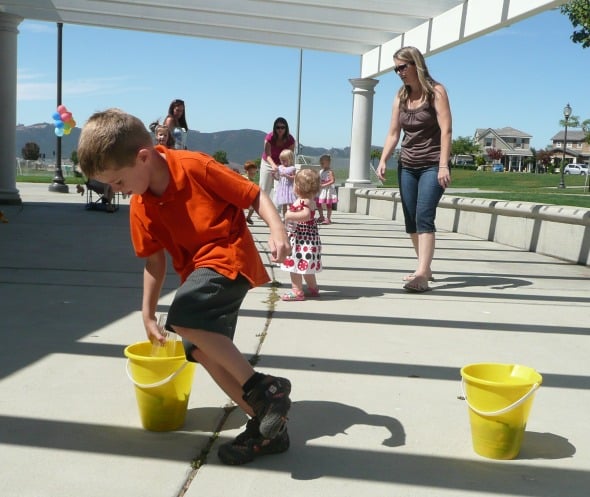 This game was a HUGE success and the kids (of all ages) had a blast! 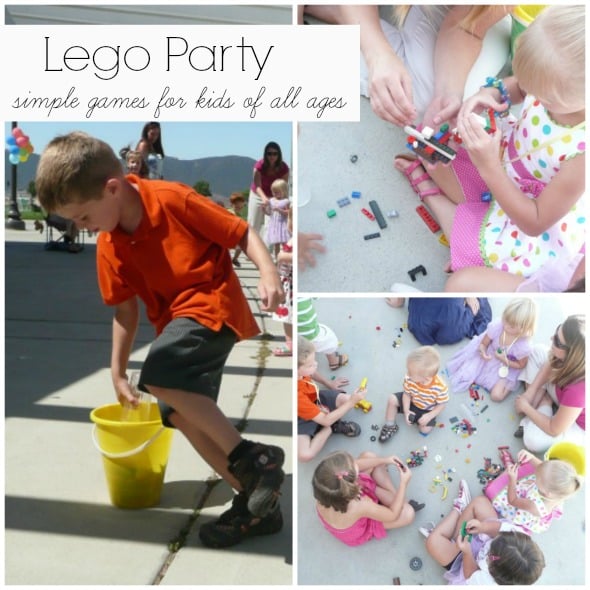 what you need:  Lego’s ~ a little imagination 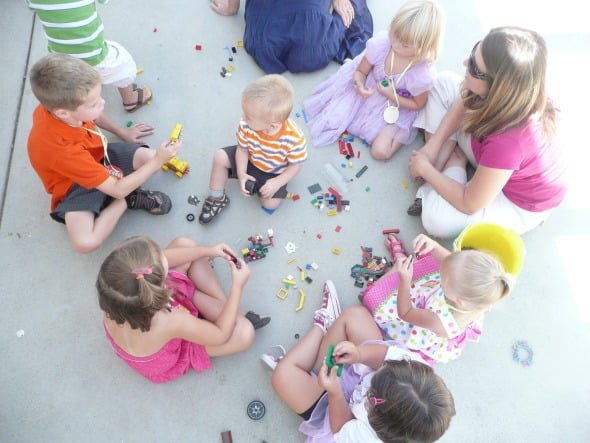 I had the kids sit in a circle and placed a handful of Lego’s in front of each kid.  (The little kids were involved but we kept a very close eye on their hands…and months!

Big M started a structure and then passed it to the kid next to him.  She added a few pieces (smart girl that she is, she decided 6 since it was Big M’s 6th birthday!). 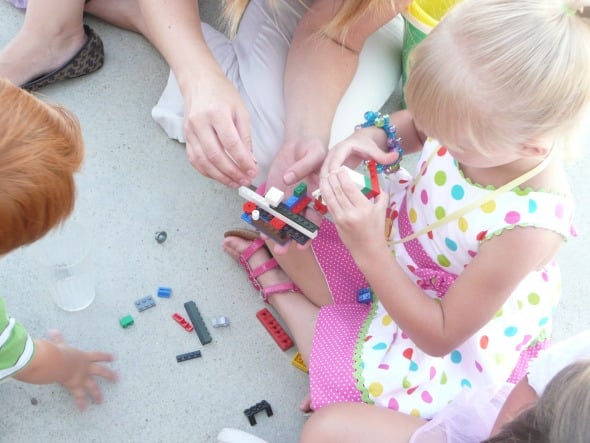 The structure was passed until everyone had added some pieces. (I think it went around twice.)  The kids had a great time, and the abstract structure was so neat.

(This would be a great one to mix with Mini Fig Storytelling.)

what you need:  Lego Bomb ~ music

When I told Big M about the games I had planned he said “I HAVE A GREAT IDEA FOR A GAME!!!”  And yes it was just that loud and enthusiastic.  (Secretly I was really hoping it would be good…with the much excitement I was going to have to make it work no matter what!)  Luckily it was a great idea and the kids loved it!

The game was simply pass a bomb around while the music plays.  Big M made a bomb out of Legos before the party. The person holding the bomb when the music stops explodes and leaves the game. It was the perfect way to end the game portion of the party.

I was very happy with all of the games…and they took very little prep work (or money)!  Once the games were over, I handed out the Lego Pendants. (This Lego Party would also work really well as a summer camp idea – add it to your summer schedule for kids!)

This post is a part of the Lego Party lesson plan.