We have a very sweet little girl with a very BIG personality. She is 7. She is also confident, she reads people unbelievably well (and has since she was a baby), she easily draws in attention and she has an amazing gift for storytelling. All of these things about her personality make her an amazing person to know.

Just like any personality trait, these can be both positive and negative. Think about it. Any positive thing you can say about a person can easily be switched to a negative. “She’s so nice” can easily become “she’s a pushover”. “He’s smart” might also be “he’s a know it all”.

And any negative thing could be flipped as well, “he’s impulsive” becomes “he takes action”. “She’s loud” can also mean “her voice carry’s really well” (something I’ve always wished for). “He’s bossy” might just mean “he’s a future leader learning the ropes”.

I’m a firm believer that finding the positive is the best way to go… especially with our kids. 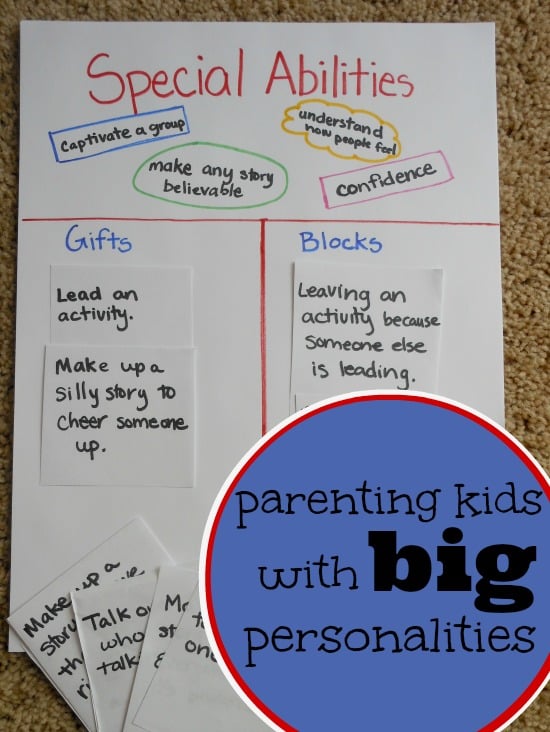 We had a parenting challenge not too long ago that reminded me of this in a very big way. While I can’t go into specifics (privacy rights of the kid in question), I think the watered down version is helpful enough.

A less than desirable behavior popped up (as they do) and we focused on the behavior pretty much the same way we handled it with her brother. The difference was, with him our parenting strategy worked. With her, something else happened.

She was acting out in other areas. Her teacher and other family members were coming to me about tantrums and meltdowns. All of these things were so unlike her. I thought about it and talked about it with some wise Mom friends and thought about it some more. I finally came to the conclusion that we were making a very serious mistake.

This behavior, while absolutely not okay, hit way too close to home. She was doing something that comes very naturally to her, something that felt right. And then she was told it was wrong. Ack, even just writing that down makes me cringe.

I knew we needed a new plan. Instead of squashing the behavior, we needed to teach her how to use it constructively. That right there was a light bulb moment for me.
Here’s what I did… 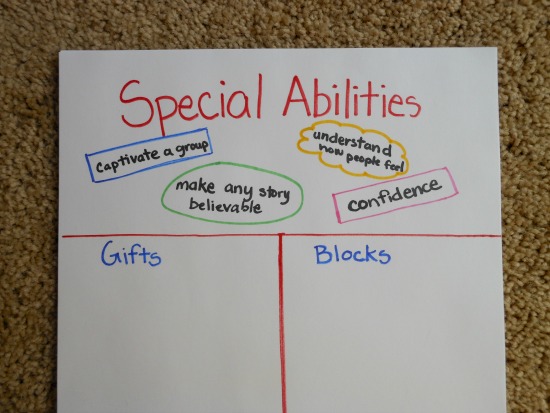 Setting Up the Visual Tool for Positive Parenting

I made a chart. Not unlike many of the charts we’ve made for fun. 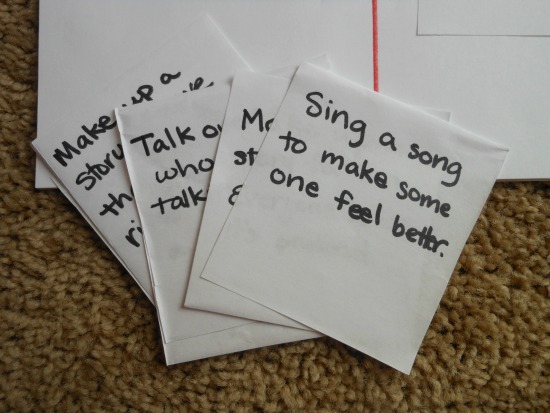 Would you believe the meltdowns, tantrums and that less than positive behavior stop right then? I certainly don’t think it will be roses and dancing from here on out, but I do think we figured out a new way to address challenges that arise. I’m always grateful from more parenting tools!

I have three questions for you. What behavior is driving you crazy right now? Is it related to your little one’s personality? Does it have a positive counterpart?