I love memories I can pass on to my kids. One of my favorite candies as a kid had a chewy, Tootsie Roll center covered with delicious, hard candy coating . . . Tootsie Roll Pops! What’s more fun than trying to count the licks before taking a yummy bite?

Since I can add learning to anything … oh yes I said ANYTHING … I picked up a poster board along with a bag of Tootsie Roll Pops. 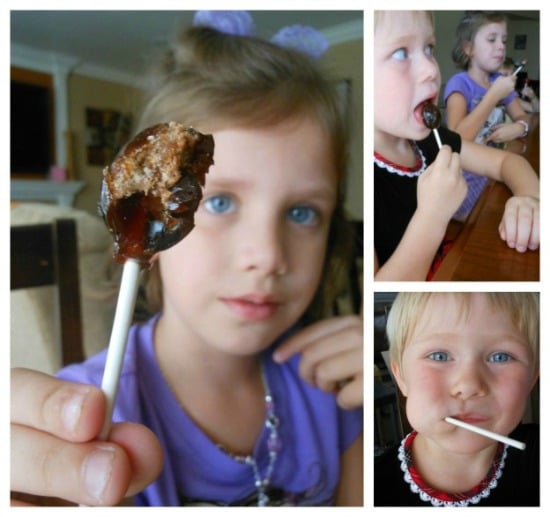 The math was easy. “How Many Licks Does it Take to Get to the Center of a Tootsie Pop?” COUNTING! Yahoo, and boy did they count. Everyone except Big M that is. He bit right in.

A quick bar graph measuring which colors everyone chose gave us something great to talk about when we enjoyed our treat!

Since I knew we would be counting our licks I asked the kids to make a guess (hypothesis) about how many licks it would take them to reach the chewy Tootsie Roll center. After counting I added in our answers. Simple science of a tasty snack!

Expand on this science by talking about what they concluded from the results. Grab another Pop and see if you get the same answers! 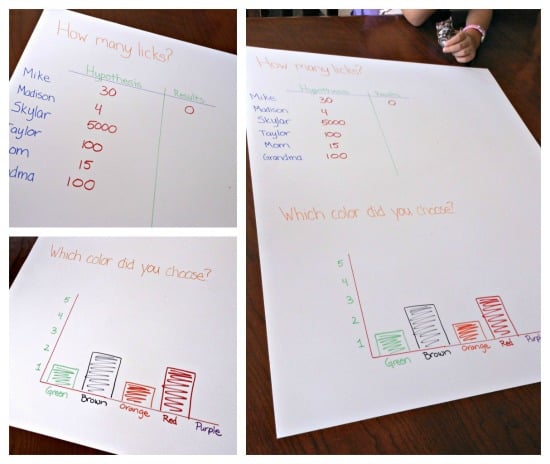 Lick or BITE? How do you eat your Tootsie Roll Pop?