Volcano, volcano, volcano… over the weekend we did nothing but learn about and play with VOLCANOES!  I know I learned a lot.  Of course there is no way you can talk about volcanoes without making one.  I found this great idea over at Kids Activities Blog for How To Build a Volcano. 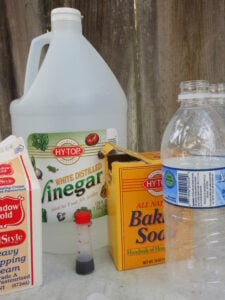 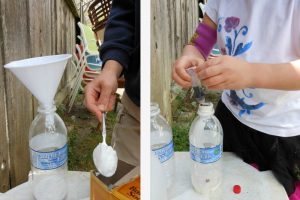 M and M filled a water bottle with baking soda and food coloring.  (We ended filling the bottles 1/2 full of baking soda.) 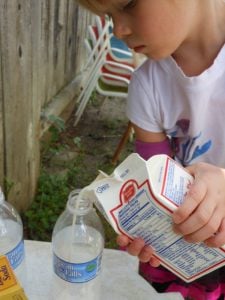 Little M added a some whipping cream to hers.  We wanted to see if this would change the eruption.  (Our experiment was poorly executed because we don’t know if they ended up with the same amount of baking soda in both bottles… oh well at least she got some practice pouring.) 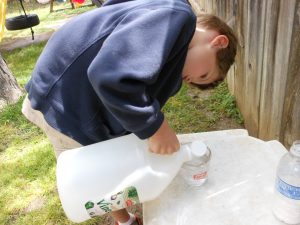 Big M filled a separate cup with vinegar (about 1/2 cup) and we set that aside for later. 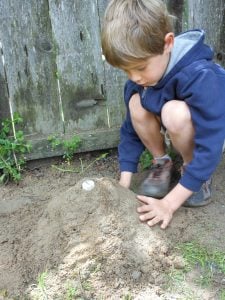 We capped the bottles so no dirt would get in… then they built mountains around their bottles. 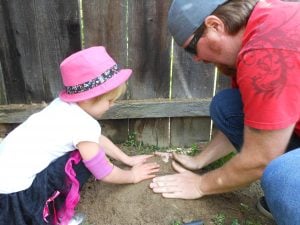 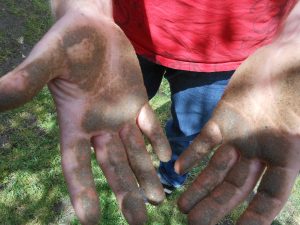 even though he got a little dirty.  Poor Daddy (hee hee hee!) 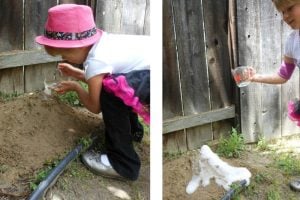 Little M went first… open the cap and pour in the vinegar. 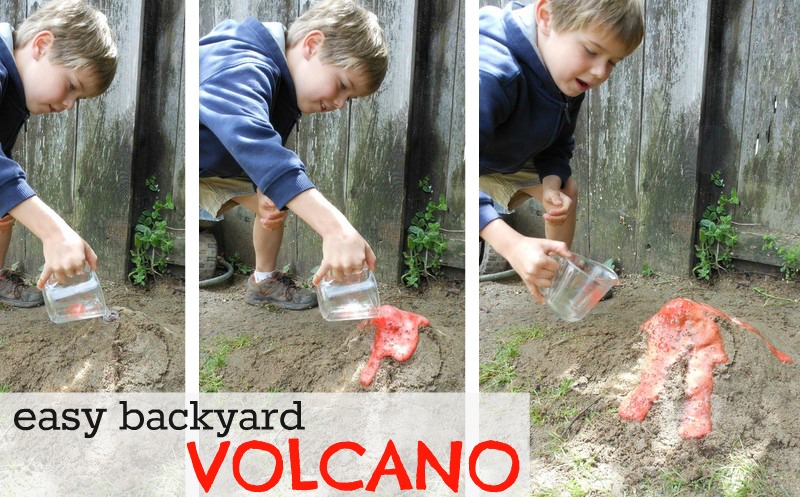 Big M noticed that the red barely showed up for Little M so he dumped the rest of the food coloring into his bottle.  I think that was a pretty good choice…. the red made it so much fun!

Tip:  Right now we are working on getting a new dirt play area set up.  Once we do I plan to give the kids all of the materials (plus 6 boxes of baking soda and an entire gallon of vinegar) so they can play around with volcanoes on their own.  Doesn’t that sound fun?!?!