Did you know that you can make ice cream using frozen bananas? Crazy right? We tried it for the first time last summer and ended up having  frozen banana ice cream all the time! It’s so good. The part that amazes me is how creamy the texture is.

I’ve already been thinking about snacks for the summer (our grazing tray is coming back FOR SURE) and I wanted to add a little something special into mix. I knew exactly which family recipe I wanted to enhance. 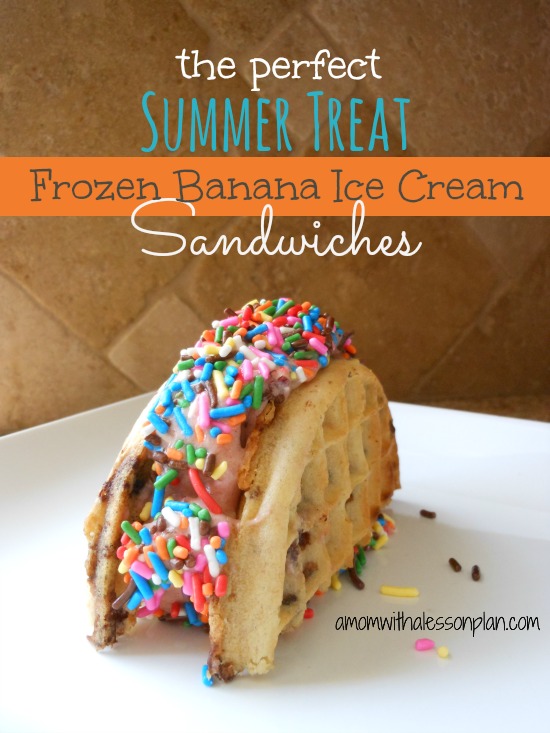 Taking our favorite frozen banana ice cream recipe up a notch was so much fun. The results? YUM! These ice cream sandwiches were fantastic (and I love that using fruit makes the ice cream center healthy). 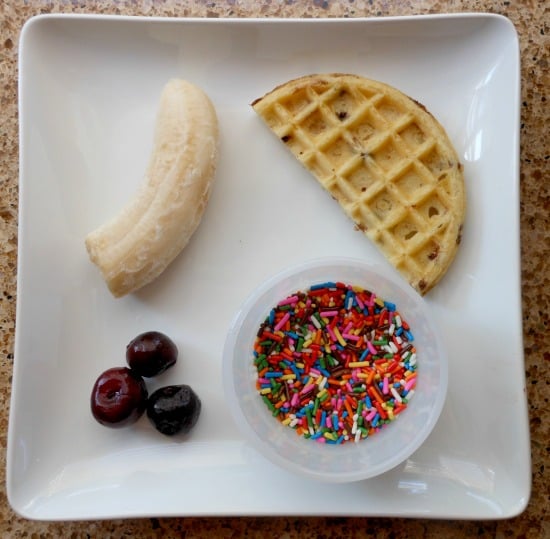 We keep frozen bananas on hand, they are great for smoothies or just to eat frozen. To store them; peel the bananas, cut them in half and place them in a freezer bag. There are so many other fruits that would be great to mix in. Blueberries, strawberries or peaches. 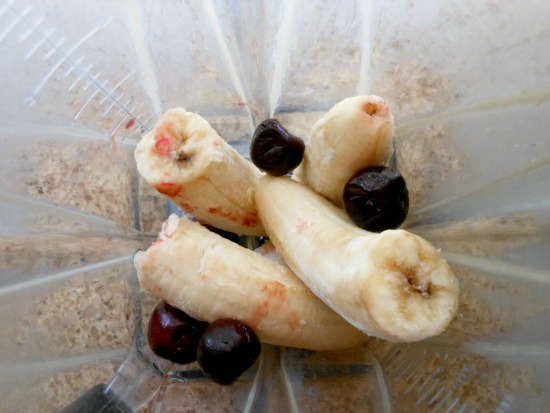 Plop the frozen fruit into the blender and blend away. I used 2 1/2 banana’s and 6 cherries. We had more than enough ice cream to make the frozen banana ice cream sandwiches.

*Note: We have a pretty powerful blender. Use cation when your trying this for the first time.* 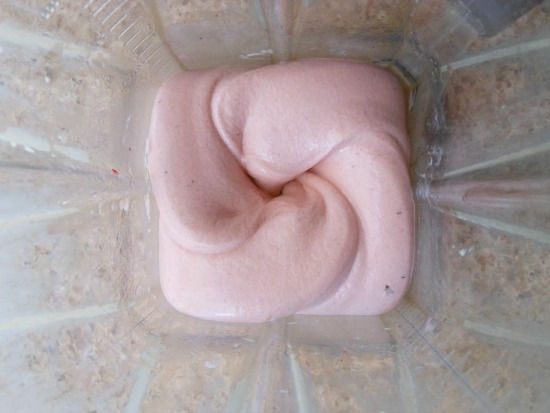 Can you believe that it turns into this? And it tastes just as yummy as it looks. If you wanted to stop here, you would have a great snack. But we didn’t want to stop here.

While I was slaving over the ice cream making process… hee hee… I was also toasting up some Chocolate Chip waffles. I made one for each of us. Then I cut them in half and let them cool. (Don’t want them melting the ice cream after all!) 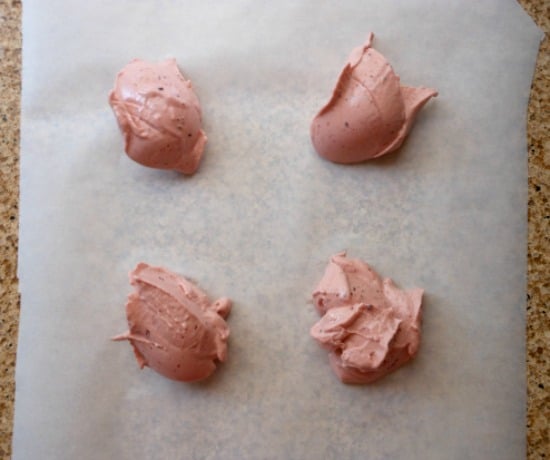 Here’s a tip: (and a trick I’m super excited to have discovered myself) if the ice cream is too soft for an ice cream sandwich you can freeze it a bit. I used a spoon to scoop the amount I wanted on each sandwich onto parchment paper. I laid it flat in the freezer for about 30 minutes and they hardened right up.

One got left by mistake and was still yummy after 2 days. I’m going to make a batch or two of these, freeze them in scoops and then put them into a freezer bag. Frozen banana ice cream sandwiches will be even easier than they already are! 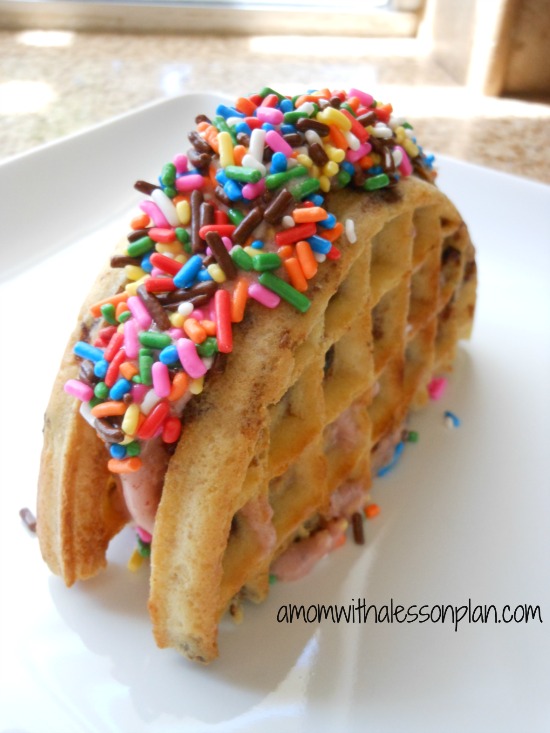 After gently squeezing the ice cream between the waffles, I spread sprinkles on a plate. Dipping the exposed ice cream into the pile was an easy way to get the sprinkles to stick. Can I just say… this may be my new favorite summer snack!

What is your favorite summer snack?