One day I realized we didn’t even own Monopoly! Crazy right? Isn’t there some unwritten rule that says every house has to have Monopoly in their game closet and that every person will have childhood memories of playing?

Of course I went right out and picked up the classic version of Monopoly. (This is an affiliate link). I don’t know why but there is just something about the original that adds to the fun for me. Does your family have a favorite version of Monopoly? 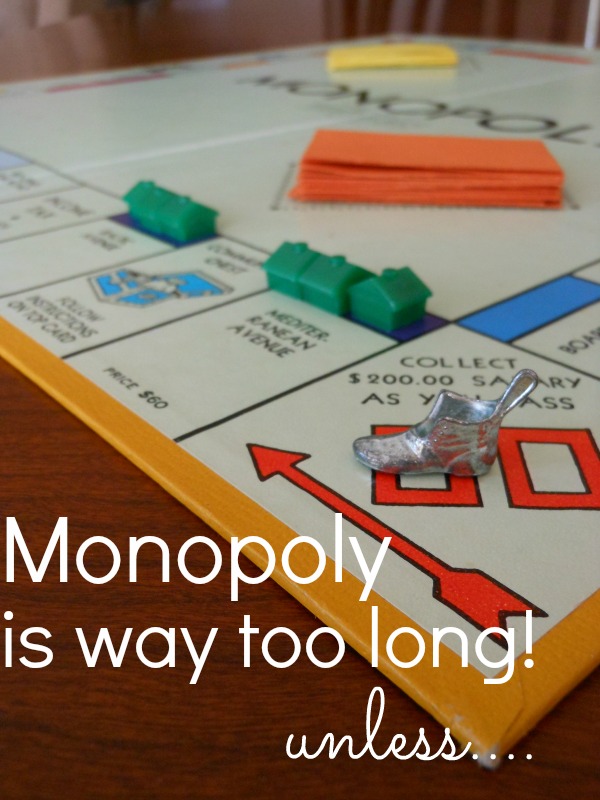 We got about an hour in and realized that playing an entire game of Monopoly with a 6 and 8 year-old was not going to be fun. After a little trial and error we came up with a system that works great for breaking Monopoly into short manageable spurts.

Even in small spurts Monopoly takes a pretty long time to play, we will only even start a “round” if we have at least an hour of play time. We play until someone starts whining (usually daddy :)). We call last round and finish up, stopping before the 1st player gets another turn. 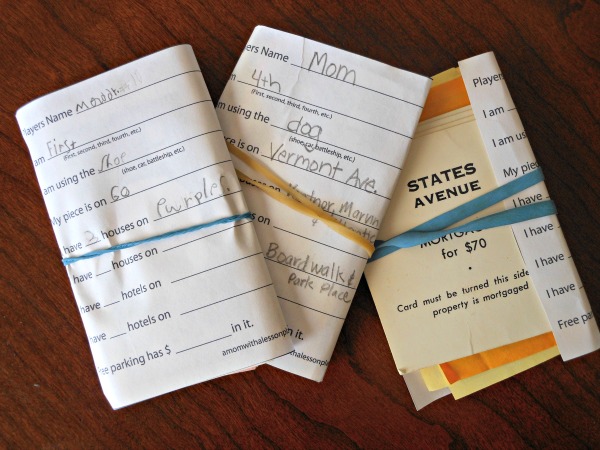 I’ve made these printable Monopoly Place Savors to make marking our spot easy. After filling it out, all that’s left is to collect our money and properties. Placing a rubber band around the stack keeps everything nice and neat… and ready for the next time we want to play Monopoly.

Print out your own Monopoly Place Savor sheet (and Pin this page so you can find it again when you run out)! 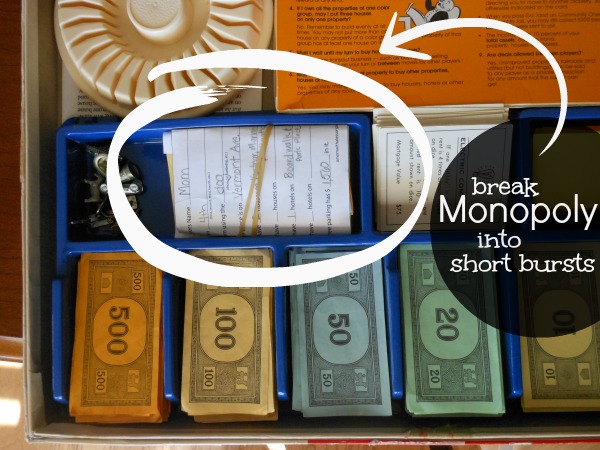 I won the last time we played and did some serious celebrating. (I don’t win often… and I’m okay with that). At our house we play to win even with the kids. Hop over to Facebook and tell us how games with kids works at your house

How does Monopoly work best at your house?

Lego Game… with printable game board