“Edward the Emu was sick of the zoo.  There was nowhere to go, there was nothing to do.”  I could recite the entire story to you right here and now. 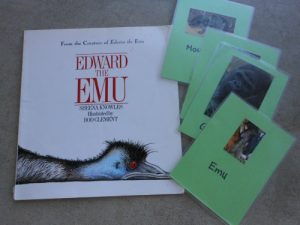 I adore Edward the Emu

by Sheena Knowles and Rod Clement.  I also adore the super easy Animal Charades game I made to go with it.  Yippee for great duos.

Edward the Emu is a fun story about an Emu who wants to be someone new.  He travels through the zoo searching for an animal with a more exciting life than his own.  Edward behaves just like the animals he is rooming with. 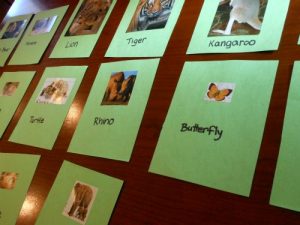 Making these cards was so easy… the kids were not interested in helping so I made them myself… but they could have done them with no problem. 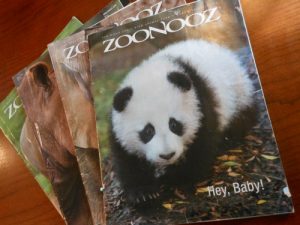 I grabbed some zoo magazines and clipped pictures of several animals.  (If you don’t have any zoo magazines, just print some pictures from online.)  I was looking for smaller pictures, about 1 – 2 inches.

Then…
1.  Cut construction paper rectangles to use for the animal cards.
2.  Glue one animal picture on each card.
3.  Write the name of the animal below the picture (great pre reading practice!)
4.  Use contact paper to cover the cards… if you want.
5. PLAY! 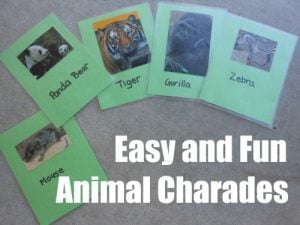 Animal Charades was so much fun we played it over and over.  (No pictures because I was laughing way too hard to hold the camera steady.)

1.  Pick someone to go first (or if you have a Little M… let her dictate the order.)
2.  Look at the card… don’t let anyone see.
3.  Act out the animal while everyone guesses.

That’s it.  So much fun.  We played so many times that I added a variation.  We brought out the drawing board and drew the animals instead of acting them out.  It was equally fun… and funny. 😉

What are your favorite DIY games for kids?

This post is a part of the Literature Lesson Plan.

This post contains affiliate links. As always the opinions are my own. Read the fine print.