As promised here is the second half of our spy party. Check out part one of The Case of the Missing Goodie Bags and our secret message spy party invitations. Now let’s get down to business and finish this really fun and really easy spy party… shall we?

At this point the kids have been through the laser maze and hit the target at the shooting gallery. More on that here –> Spy Party Games Part 1. They collected a clue at each station and now it’s time to head over to the sensory box for some very serious investigating.

We had everyone sit down together and let them know this part was very serious. 😉 We were about to work on two very important skills. Spies have to be able to hide their suspicions until the right moment, to practice this skill we wanted everyone to take a turn feeling inside the box but keeping quiet about what they felt until everyone had a chance to take their turn feeling the object. 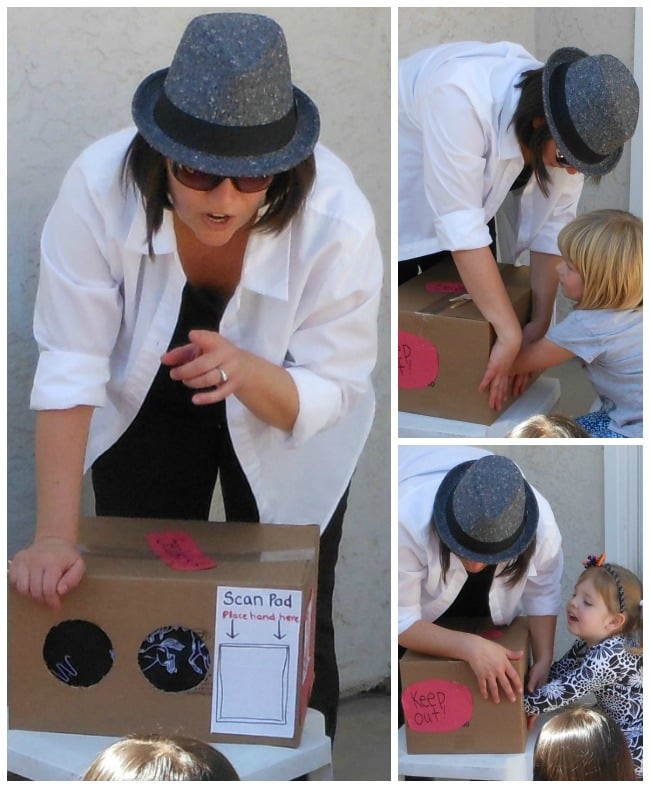 The second skill this spy party game tested was the spy’s ability to use their sense of touch. Sticking both hands in the box they were given a minute or two to feel the object (a pair of binoculars).

Once everyone had a turn I asked for them to think about how they could show me what they saw without saying anything out loud. I counted to three and we all held up pretend binoculars.

I opened the box to reveal the binoculars inside… and everyone was given a third (and final) clue. 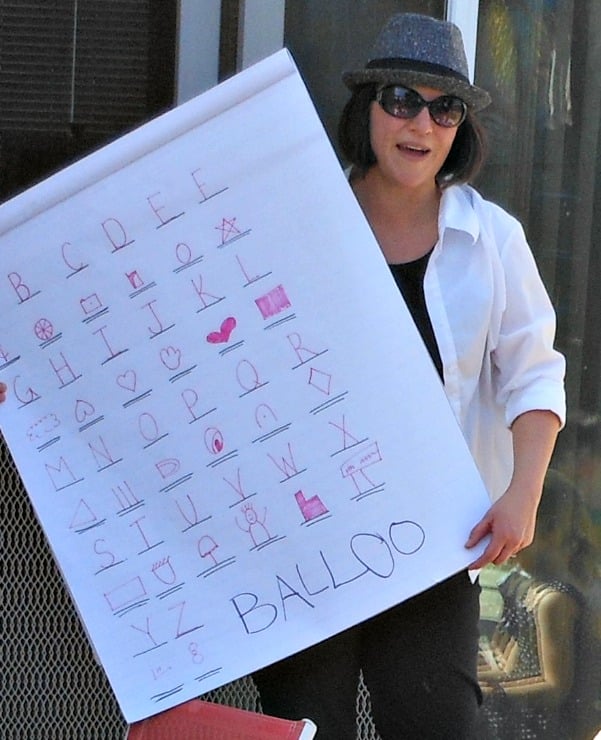 We asked the kids to put their clues in order (each clue was numbered on the back). Together the clue pieces spelled a word in code. Remember the code we used for the invites? We used the same code and worked as a team to decode the clue. The goodie bags were hidden in … balloons!

Special Agent Daddy suggested the kids retrace their steps to see if they could find some balloons. A big basket holding colorful balloons was hidden inside the laser maze. 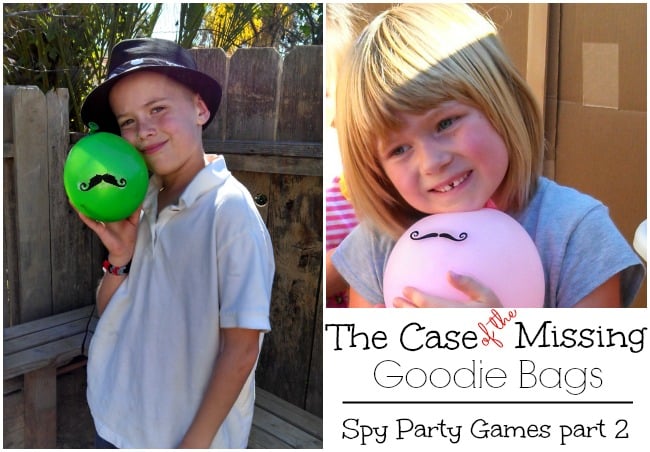 Inside the balloons where the goodie bag treats! Just like magic. Breaking the balloons to reveal the little gifts was so much fun!

Special Agent Daddy and I got three big hugs each from one of the little boys at the party… I think it was success. Yay for awesome spy parties!