Little M has loved spies for a really, REALLY long time. This year we took her love of spies and created a really, REALLY cool spy party for her birthday. We’ll start off today with the spy party invitations. The rest of the spy party (along with a few other spy goodies) will be posted very soon. Make sure to check back or follow me on Pinterest or Facebook so you don’t miss them. 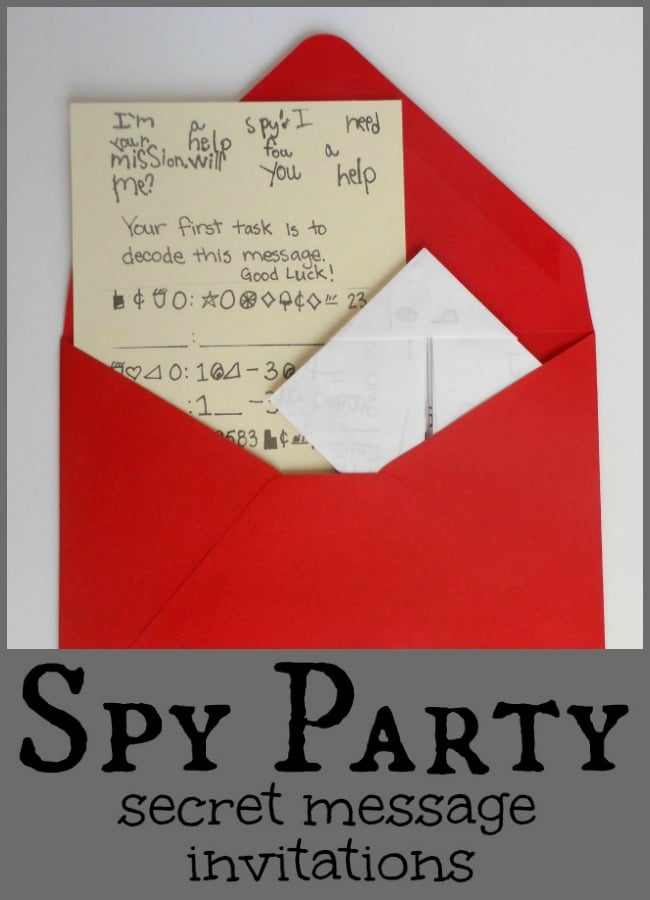 These spy party invitations were not quite as simple for me as they will be for you. I did the leg work all you have to do is print! Nice right? No matter what level of participation you want… I have the print out just right for you! 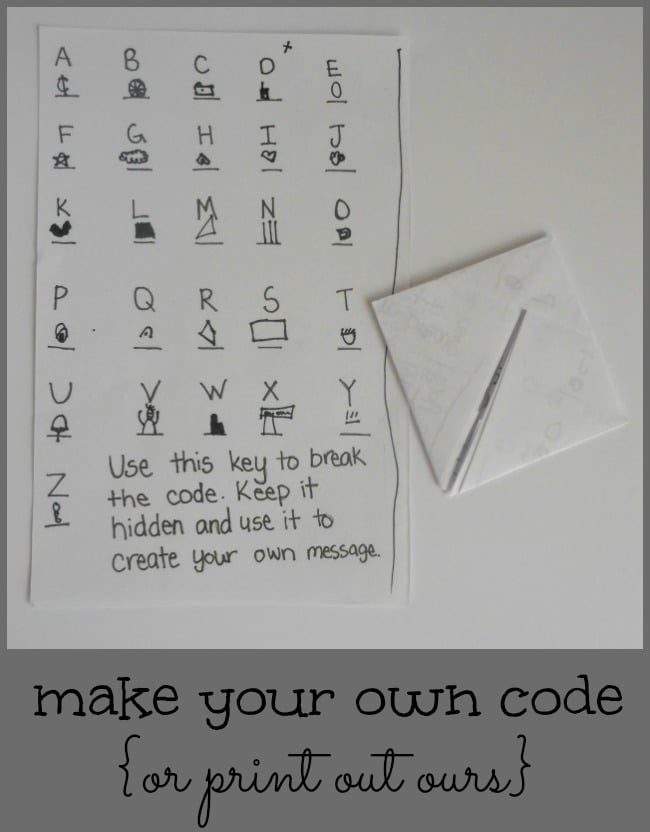 *Side note: I got some great feed back on these invites. Most of the parents thought they were fantastic. A couple of them lost the code and didn’t have any of the party info. Next time I would include a slip for the parents that included all of the info written NOT in code.

Want to use this code for something other than a spy party? AWESOME!

Do you have a little one who loves spies?