Have you been patiently awaiting the return of the Letter of the Week???  I know a few of you that will be very excited to see this post!  Well this time around we will be working on Letter Sounds.  If you want the Letter of the Week Art project to accompany this one click here.  Let’s get on with our ADVENTURE!

I wrote an uppercase A and a lowercase a on a small piece of paper.  Then I taped them onto some of Little M’s favorite little people.  (Tip: Use what they love!  This would work great with cars, trains, stuffed animals, etc.) 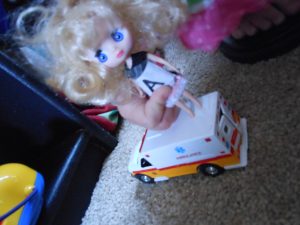 We followed Ally and Apple around the house on their Letter A Adventure.  First Ally found an ambulance.  In the same box she found an army truck. 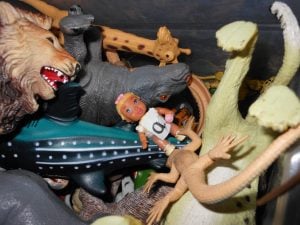 Apple found herself in a box of animals. 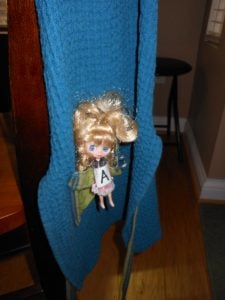 Ally hung out in Big M’s apron for a while. 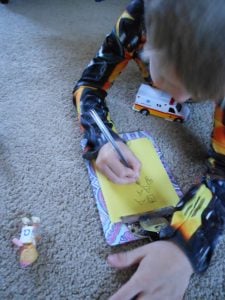 Big M had the BRILLIANT idea to take notes as we watched the adventure unfold.  He grabbed a clipboard, paper and pen.  Then he drew a picture of each A item we found.

Where will your A Adventure take you???

Letter A art to accompany this activity.

This post is a part of the Letters series.