A couple of months ago hubby dug out the old dartboard from the back of the garage and made a pretty little dart cabinet for it… complete with a dry erase score board. Would you be surprised that I am the one most excited about our new dart area?

Darts was one of my favorite things to play as a young adult. As life progressed, moving babies made throwing sharp objects around a bad idea. So the dartboard came down and I fell in love with more family friendly games.

Well Big M is 9, Little M is 8 and we are free to resume our love of playing darts! The kids want to play too, of course. Who could blame them, playing darts is AWESOME!

We’ve started teaching them some of the dart games we love, but most of them take quite a bit of skill. This can be tricky and not a lot of fun for beginning dart players. Yesterday we came up with a game that is really fun, really easy and perfect for getting some practice on aiming the darts. (I could not wait to share it with you!)

I will mention that safety is always a factor. We are teaching them how to be responsible with the darts and how to shoot carefully. Also, this post contains affiliate links. Anything purchased using these links helps support amomwithalessonplan.com. Thanks! 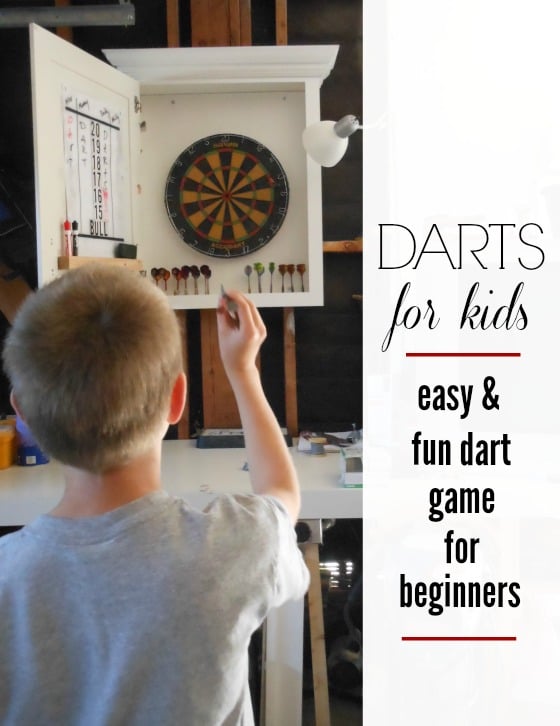 Big M played a big part in creating this game (bravo little buddy!) and took a lot of pride in our excitement. The game plays out much like the game HORSE for basketball. 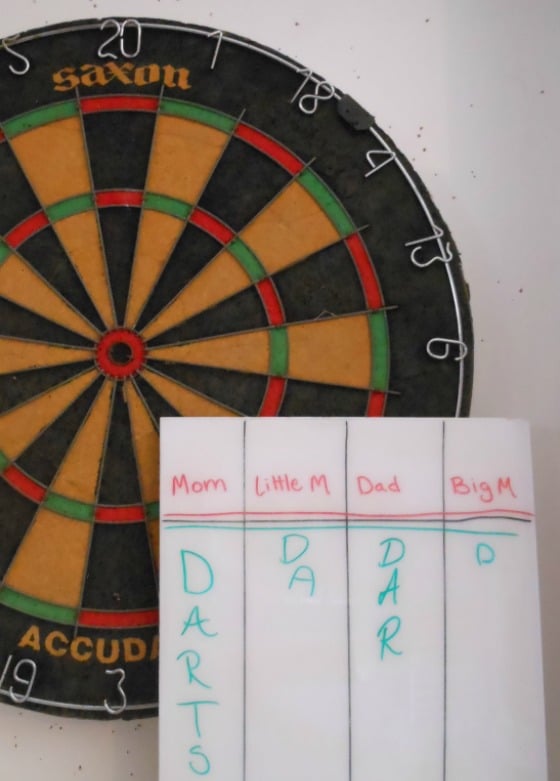 How to play DARTS:

I should add that I used a fake score for the picture. I am the champion of DARTS and usually in the lead. Hee hee.

Now I am very curious… did we really make up this game or have you played a version of it before?