Around the end of October I saw this really great math activity with a Halloween theme.  Since I didn’t have much time before October would come to an end, I decided to make it a November activity.  It turned out so cute I think this might be my favorite project in a long time!  Normally I wait until the end to show the finished product but I just don’t think I can wait! 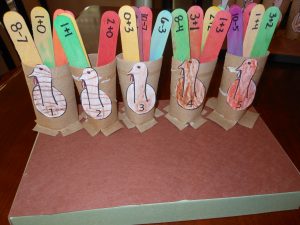 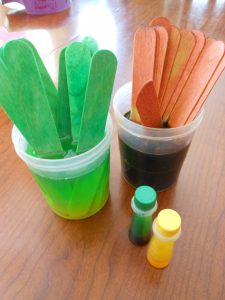 I started by making the turkey feathers.  I dyed craft sticks with food coloring by adding a few (hundred) drops to a cup of water.  The more you use the brighter the sticks will be.  They soaked up the color pretty quickly and then took about an hour to dry.  (This was a science experiment that I’m sure we’ll try later… the color climbed the sticks.) 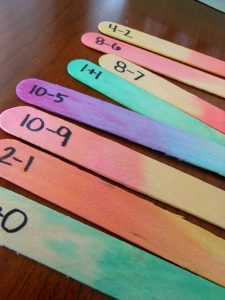 Once they were dry I wrote addition and subtraction problems on one side.  (I was pretty careful to make sure there would be an even number for feathers for each turkey.) 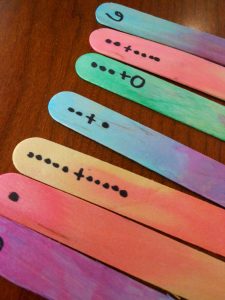 On the other side I tried to make math problems that would be easier so Little M could play too.  After watching her a bit I think I would make these different.  Just the numbers and the dots… not addition signs. 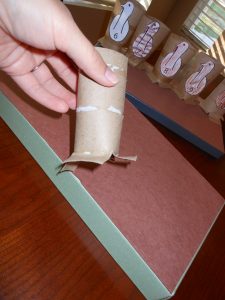 For the turkeys, I used toilet paper rolls.  I cut slits up the bottom to make 4 “legs”.  The craft sticks are heavy, the legs made it so the toilet paper roll wouldn’t fall over.  I also covered the lid of a shoe box with construction paper as a base for the math activity. 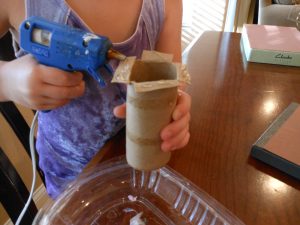 Little M helped me hot glue the bottom.  Ever since I started letting her use the hot glue gun she comes running when I plug it in. 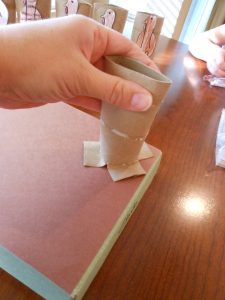 Once the glue was applied I pressed the toilet roll onto the construction paper and squeezed the top to bend it a little. 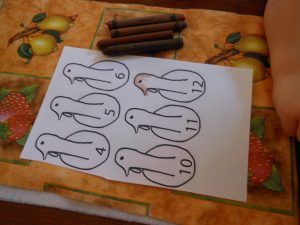 I drew a turkey and then Hubs worked his magic and turned it into 12 turkeys.  Here’s the Turkey Print out if you want it.  M and M each took half and colored them in.  I only used 10, but it would be easy to use 12. 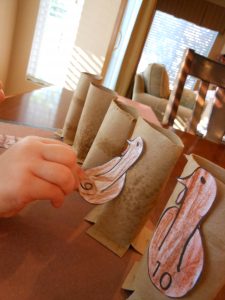 Little M helped me attach the turkeys and that was it. 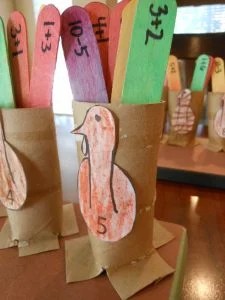 Our turkey math was ready to go! 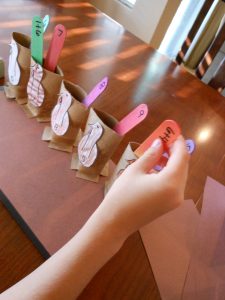 All that was left was a little thinking. 🙂

This post is a part of the Thanksgiving lesson plan.