Her toothless grin suddenly turned to a look of worry. “Mom, don’t tell anyone okay?”

There we were again, just like that a light was shining on one of my giant parenting fumbles. I looked at the tooth in her hand and promised not to make the same mistake again. I would not steal this moment from her by making this important announcement for her. I would not share the news on Facebook… not this time. 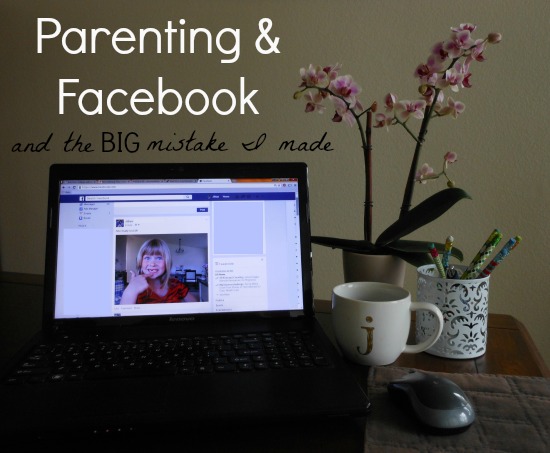 You see, she was almost 8 when she lost her first tooth, so of course it was a really big deal for all of us. As she examined the new space in her mouth and bounced around excitedly, I was busy posting an adorable picture for all the world to see (well maybe not all of the world… but definitely all of HER world). It was almost 24 hours before I would realize what a mistake that was.

We arrived at school and she dashed towards her cousins with her big news. Mouth wide open, she showed off her new smile to her cousin. The response? “I know I saw the picture yesterday.”

“You told them?” Oh no… oh no. My heart sank looking at the confusion in her eyes.

I’ve apologized more times than I care to think about, but I can’t take it back. It’s done.

The thing is I’ve been so careful to avoid embarrassing my kids on social media. I get that this stuff is not erasable, that someday these pictures could end up in the wrong hands. Cute bare bottom bath pictures could be used to poke fun at insecure and nervous teenagers (and not in the fun way where we get to pull them out on first dates). But instead by other people whose intentions are not kind and full of love.

I’ve been so careful to avoid embarrassment but I totally forgot to think about something equally important. I forgot that by sharing this moment I was taking away her chance to be the first to share it. I told HER story. That wasn’t fair.

As a blogger who’s work revolves around kids and family, this is something I am constantly thinking about. I’m walking this line between protecting the story that isn’t mine to tell and sharing enough that you understand that what I’m sharing is real and honest.

Living in a world of social media means that we are constantly treading new territory. Have you managed to strike a balance of keeping the stories of your little loves private while still showing off what is so important to YOUR story?

I’ve read this post to Little M and she approved it, I guess she thinks this is an important message too.