Some activities hit several skill sets all at once. I dance around a little every time I come across one. They bring playful learning to the next level and that gets me very excited. This is one of those activities! See how many learning skills you can spot… I’ll test you later. 😉 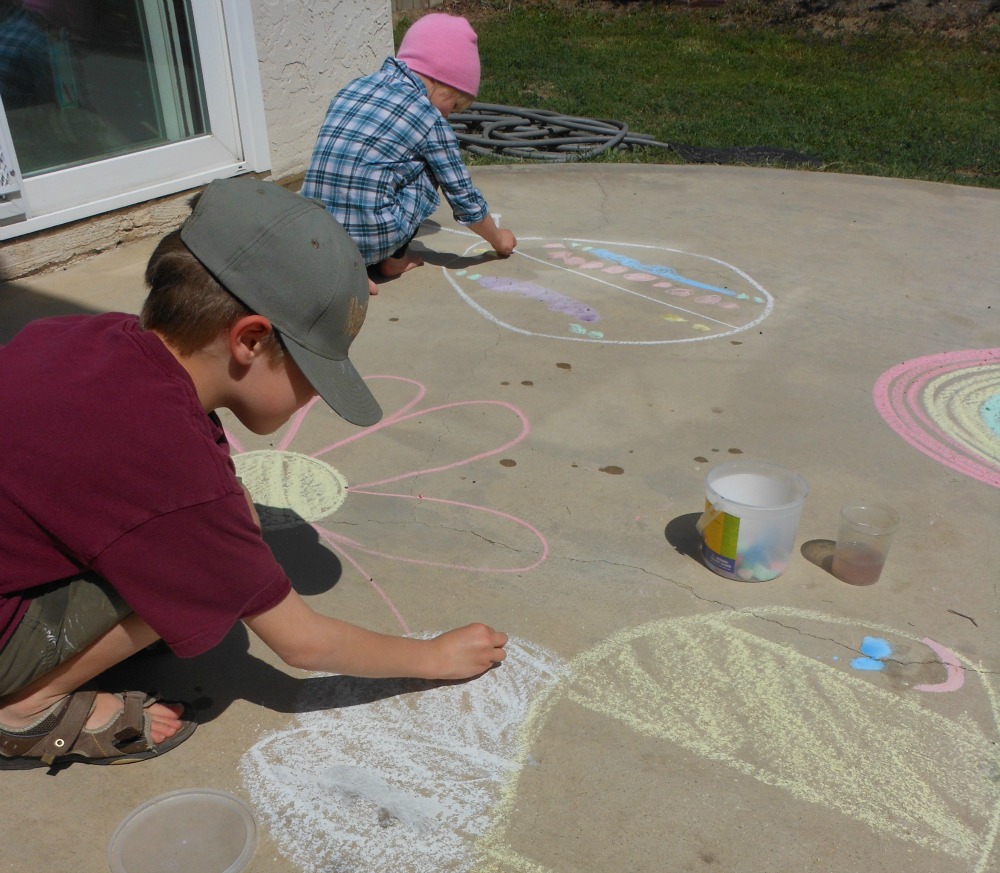 What you need: Chalk, water, and maybe a notebook

M, M and I talked a little about all things spring. Of course we still had the list from our Bookmark activity fresh in our minds, so it was easy to pick 4 special spring things.

I did the first drawing to demonstrate the size. I wanted them to be BIG. I also wanted them fairly close together. For Spring Pattern Memory there is a lot of hopping and those little legs need to be able to reach.

*Chalk tip: If you dip chalk in water before using it, the colors are brighter and the markings stay longer. 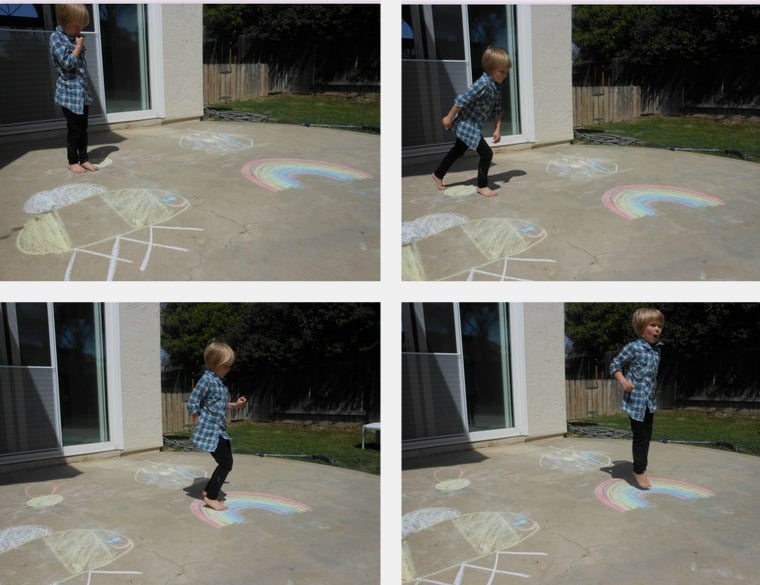 Player one jumps on a picture,  shouts it out, then stands off to the side.

Player three jumps on the first picture, the second picture and a new one. (Shouting out of course).

Once each player has had a turn, player one goes again starting with the first picture…. and so on and so on. Play continues until someone can not complete the pattern.

(We made a fun buzzer sound and then worked together to remember the pattern.)

Tips: 1. You may want to write the order on a piece of paper. Unless you have a super awesome memory… and the kids always believe your right. 😉 2. Walk away after  you’ve played a few rounds and come back later. The patterns become jumbled between which game is which.

Variations: For younger kids, draw the pattern out next to the game and have them hop it out. For older kids, keep track of how many pictures are in the pattern. Who can get the highest without missing one?

So, which learning skills did you spot?