I needed a letter of the week S activity. I’m also in the process of putting to together a beach themed Pretend Play area for the Big and Little Series.  So I did what I do best… figured out a way to mix the two together.  That is how our Paper Mache Sun came to be!

I have done a few paper mache projects before (see our Paper Mache Pumpkin).  What I learned with those previous projects is that paper mache takes a long time… and isn’t very much fun if you’re 5.  So this time I showed up prepared. 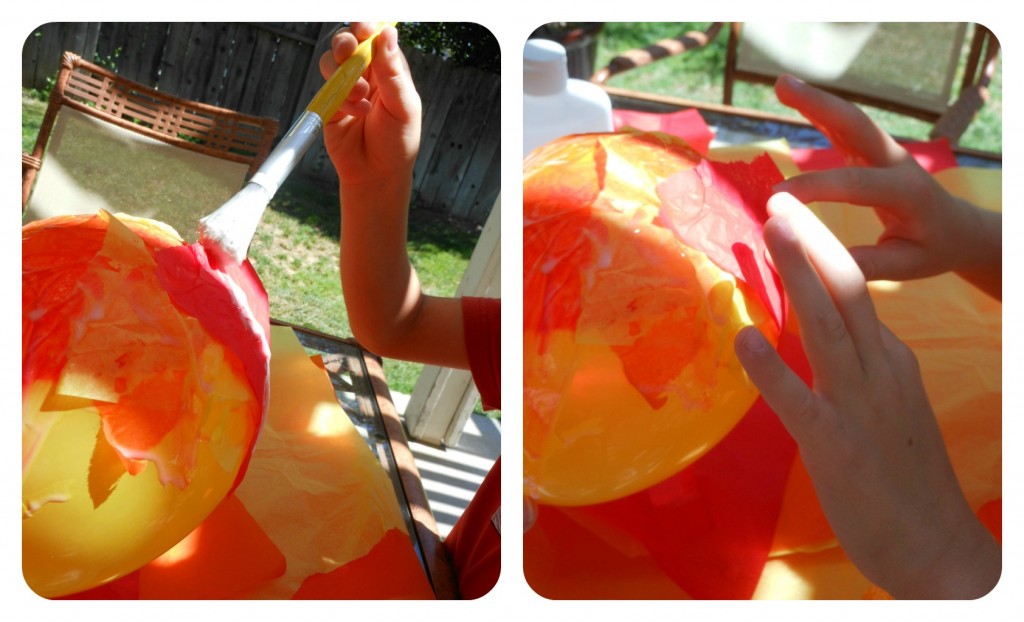 I planned on doing the base of the paper mache sun in red, orange and yellow… I also planned on doing most of the work myself.  That was a very good plan.  M and M both came over.  Both brushed on a total of 5 pieces of tissue and both walked away shortly after arriving.  (To make the sun roundish I glued the paper on to a balloon.  Regular glue, watered down worked just fine.  Once the sun was dry, I popped the balloon and pulled it out. Easy.) 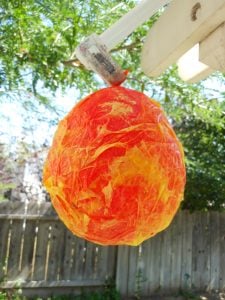 Once the balloon was covered in a tissue paper (I used about 3 large sheets, torn into large pieces.) I hung it up to dry.

The next day it was time to add the Letter S to our sun project.  With a stack of magazines, the dried paper mache sun, some scissors, and glue we started searching out s words. 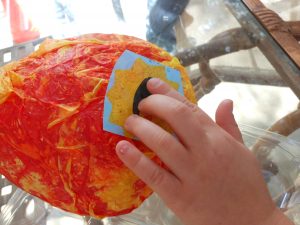 Little M went straight to the box of precut pictures.  I was so glad I had provided them, otherwise she may have walked away and missed this great leaning experience.

I love unexpected learning and this box was it.  Little M dug through the box and pulled out picture after picture.  She flipped each picture around sounding out each item until she figured out which side had the S sound.  Yahoo! 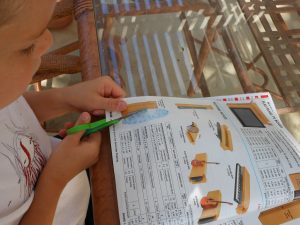 Big M grabbed a magazine and started cutting.  The interesting thing about his take on this experience is that the words he found were not so easy to cut out.  He would shout.  “Shipping”  or “Science” and then sigh,  no picture.  Even though he only added two pictures to our sun he spent quite a bit of time brainstorming S words… and that was really the point! 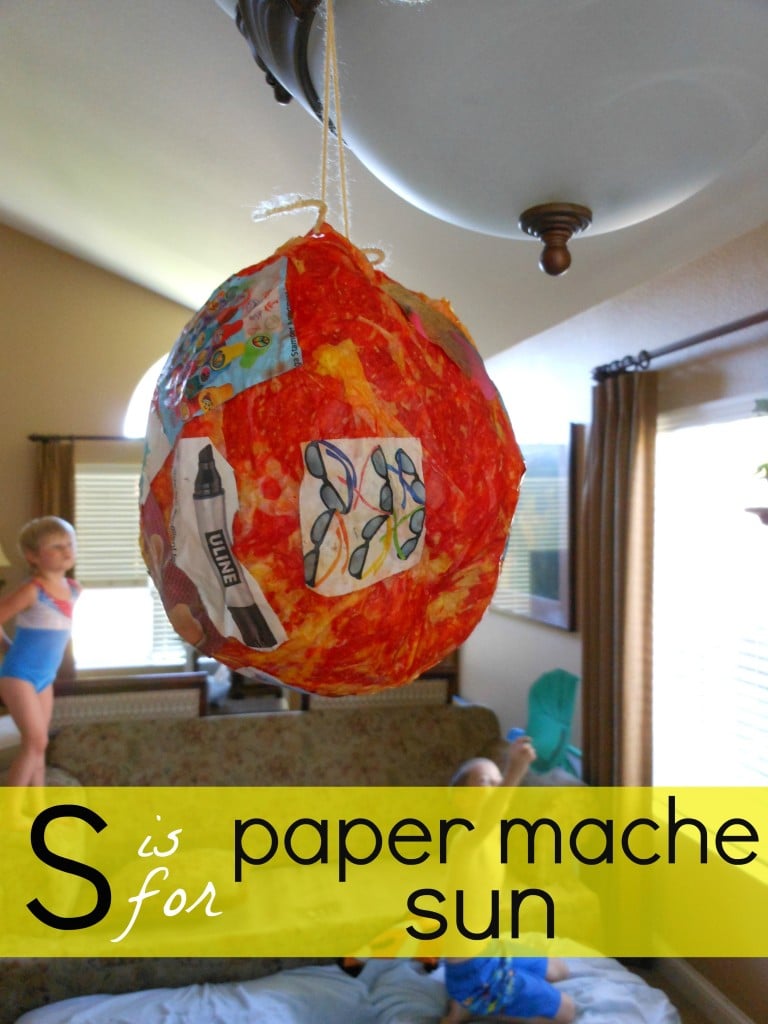 Doesn’t it look awesome in our Pretend Play Beach?!?!  (More on that tomorrow.) 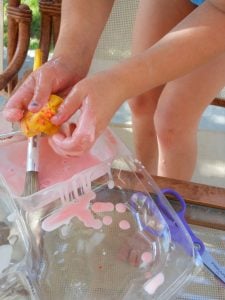 Now that she’s getting a older, Little M isn’t quite as messy as she used to be.  I was smiling from ear to ear watching her cover herself with glue.  I will miss this messy girl if she grows out of bringing everything to a full sensory experience.

Have you tried paper mache with your kids?