This is a sponsored post written by me on behalf of Quaker Oats for IZEA. All opinions are 100% mine.

It’s no secret that we love games around here. Especially games that involve the whole family (or multiple families). One of our favorite outside games is Bocce. It’s easy enough for kids and adults to be able to compete against each other.

We were very excited to score a new Bocce set when Quaker Chewy sent us a Family Play Date Kit (info on what’s included and how to enter to win a kit of your own at the bottom of this post).

We knew just who to invite to this family play date and thanks to the play date kit we were ready to go when they showed up. With the weather as beautiful as it is, outside fun is perfect! 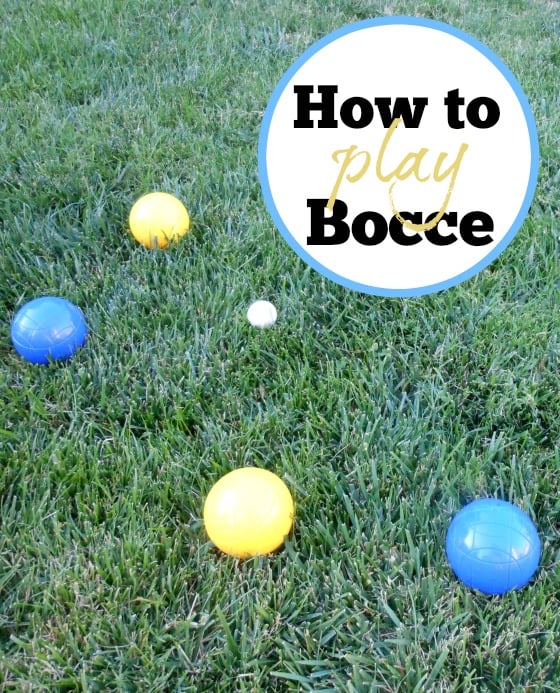 How to Play Bocce

There are two different types of Bocce sets. Some have heavy balls and some have light balls. We have (and like) the lighter set. It makes throwing the balls easier (and safer) when the backyard is full of people.

Setting up for Bocce is pretty simple.

Playing Bocce is pretty simple too! 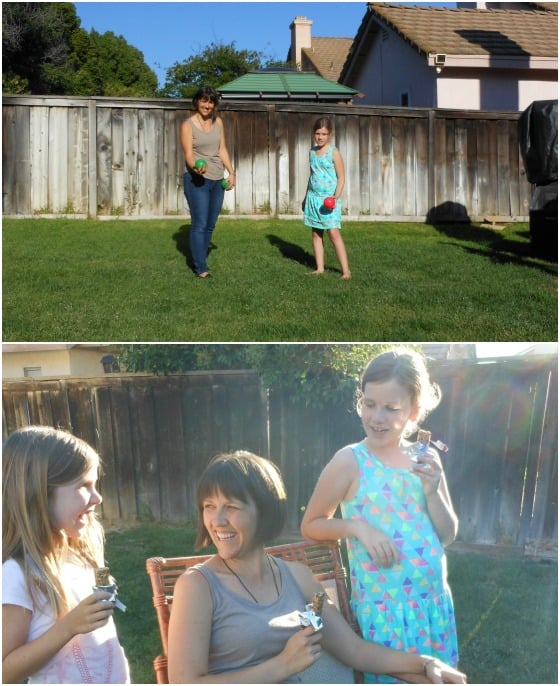 How to Make it a Bocce Tournament

Turning Bocce into a full on tournament is the best way to let everyone participate when you have a house full of friends. Even the ones who are cooking or tending to little ones can get involved.

Setting up a Tournament

Not only did we get to enjoy a great game of Bocce, we also had some fun with bubbles and kicked around the soccer ball. After wearing out the kids (and adults) we took a quick break and refueled with some Quaker Chewy Granola Bars. Each bar contains 8 grams of whole grains and come in delectably fun flavors like Chocolate Chip, S’mores and Oatmeal Raisin. YUM! 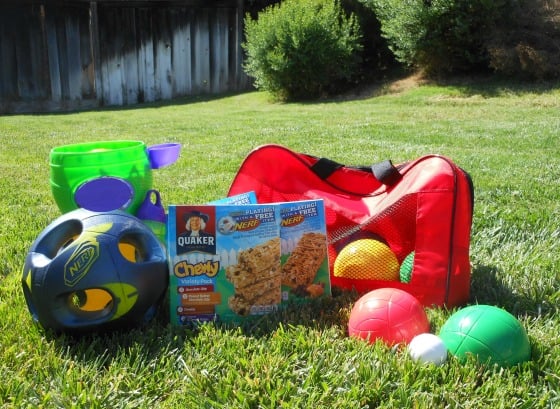 1. Enter to win your own Family Play Date Kit, just like the one pictured above. Share your favorite way to play as a family in the comment section!

One comment per person. US residents only. Winner will be chosen at random on Monday June 8, 2015.

Quaker is providing the prizes for this program at no cost to me. This program is not administered or sponsored by Quaker or its affiliates, but solely by A Mom with a Lesson Plan.

2. To help inspire families’ playtime together and fuel fun, Quaker is inviting parents to participate in its Keep Playing! With Chewy promotion for a chance to win $25,000 to make over their family’s play space. To enter, parents are encouraged to submit a photo of their family’s favorite play space and share how they would like to see that space made over and why.

Note: Chewy Granola Bars may contain traces of peanuts and tree nuts. As a playdate host, please be sure to inform your guests in case of food allergies.